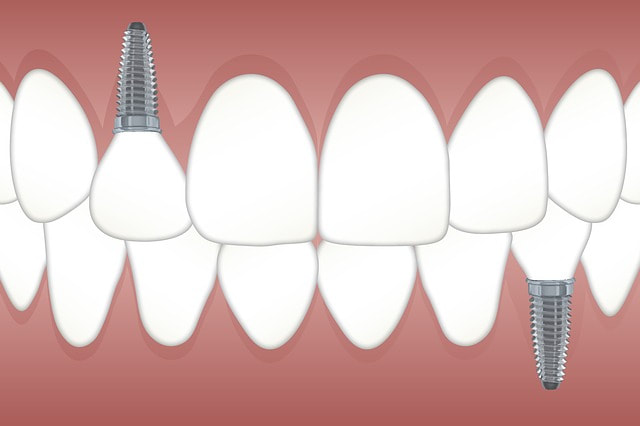 Ever known why dental implants are preferred to other replacement methods. Learn about Osseointegration and its benefits for a dental implant.

In the modern era, dental implants are more preferred than other options for tooth replacement. The big question is why? All this is due to a single step called Osseointegration which is included in the dental procedure. It can be described as the connection or bond that forms between the implant and the natural jawbone contrary to traditional replacements where the replacement is not directly connected to the jawbone. Dental implants are preferred since the dental implants cost is cheap and they mimic the functionality of a natural tooth and they are strong too.

It was discovered by a scientist who used titanium implants in the study of blood flow in rabbits. After the study, it was time to remove the implants, but surprisingly enough the implants were totally fused to the bones and could not be removed. More research has been done and the invention has been improved and is fully used in cheap dental implants procedure to correct tooth loss.

How does it work?

Osseointegration varies in time of effectiveness which may be from 3 to 6 months after the titanium is fixed to the jawbone. However, the entire process of Osseointegration can be divided into steps as described below.

As soon as a hole to accommodate the implant is drilled to the site, osseointegration begins. Minor bleeding is experienced after the hole is drilled since some blood vessels are ruptured in the process. After tissues being exposed, blood clotting starts which turns eventually to be the healing process.

After the implant is fixed, cells responsible for the body immunity are released. This is done to clean the implant site to prevent infections. Blood vessels assume permeability to allow endothelial cells to move away from each other. Leukocytes eventually enter the wound. The leukocytes kill bacteria and other microorganisms at the site. However, the increasing number of bacteria and microorganisms at the site lead to a release of macrophages to curb the risk of infections.

After the surgery is done, in a few days connective tissues comprised of fibres form at the wound. This leads to the formation of perivascular cells, the same cells as those in blood vessels. New blood vessels are formed and they integrate to the existing bundle of vessels. Bone healing starts since the normal flow of oxygen is restored. In a week and half after the dental implants, surgery is done, the bone tissue starts being absorbed by a multinucleate bone called osteoclast. As the bone tissue is absorbed by-products are released in the process which is essential for the formation of new bone tissue.  The collagen fibres in the surrounding tissues attach the new bone tissue to the implant making it more firmly attached.

The patient should also consider the dental implants cost and go for a cost-effective procedure.

Looking For Dental Implants? Here’s What You Need to Know

Dental Sedation and Dental Implants: What You Need To Know

Dental Implants vs. Dentures – Which Is a Better Option

Dental Implants Cost – What You Need To Know

Is It Safe To Get Dental Implants While Pregnant?

Book in for your initial consultation

Any surgical or invasive procedure carries risks. Before Proceeding, you should seek a second opinion from an appropriate qualified health practitioner.
Google Facebook-f Pinterest Twitter Youtube